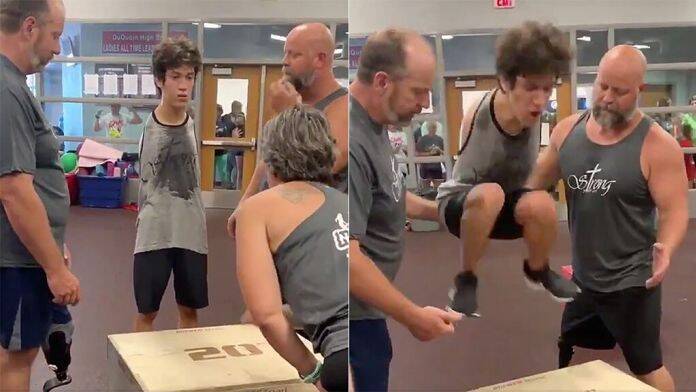 Tim Bannon is a 14 years old from Illinois born without arms due to a genetic condition attempted the 20-inch box jump three times and came up short, as his trainers yelled at him not to quit.

“One of my biggest fears was if I fall,” Bannon told TODAY. “I get that there’s two big, broad-shouldered guys there (to catch me), so I just finally thought of it more like a trust fall. I couldn’t quit.”

Tim later completed the jump, hopping on the box and shedding tears as his trainers roared their approval during the camp session at NubAbility, an southern Illinois-based foundation dedicated to inspiring limb-different youth (congenital or traumatic amputees).

The video of the moment went viral and has been watched more than four million times.