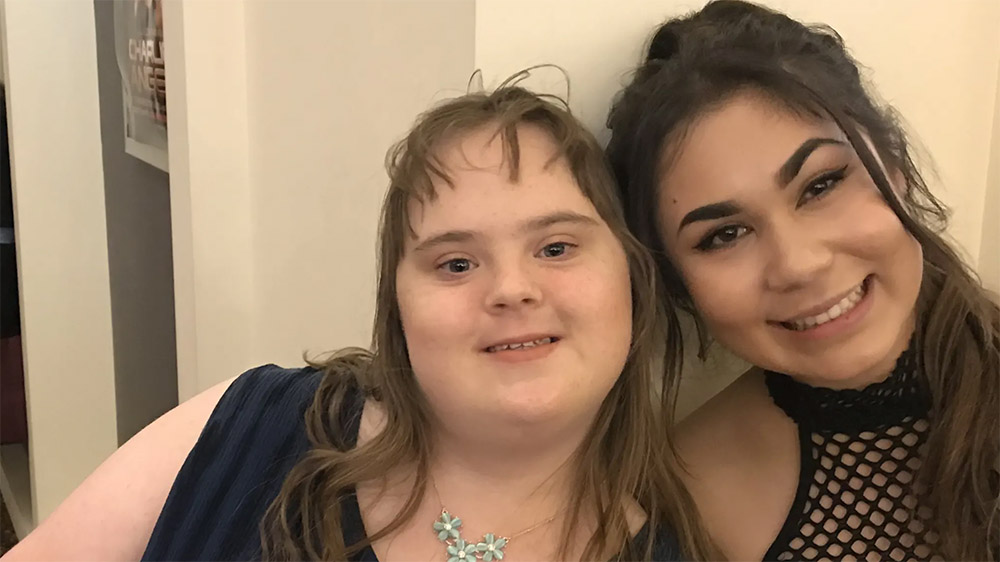 Tara Lloyd has wanted to be a Hollywood actress since she was a schoolgirl.

Now she’s both – the Brisbane 19-year-old is making her big-screen debut in school scenes in Paramount Pictures’ Dora and the Lost City of Gold.

The film, based on the popular Latina character Dora the Explorer from the Nickelodeon adventure cartoon, was shot at Warner Bros. Movie World and at high schools at the Gold Coast.

Tara’s mother Louise Lloyd said she was proud of her fun-loving and creative daughter, who has Down syndrome.

“When we found out her diagnosis at birth, we said, ‘We’re going to give you the best life possible’,” she said.

“She loved doing drama in school and has always wanted to be an actress in Hollywood and I told her it was great, you’ve got to aim for the stars.”

Tara said she enjoyed herself on set, especially dressing up as Marilyn Monroe during a high school prom scene.

“I got to meet Dora [played by actor Isabela Moner] on the set and she was really nice,” she said.

“It was really good to be a part of the movie and I’m very happy.

“I liked the Marilyn Monroe scene because it was fun and I got to dance.”

“The agency embraces diversity and she gave her heart and soul to them,” Ms Lloyd said.

“Paramount Pictures were very keen to have diversity on-screen, too, because there were three people with a disability who were completely visible in scenes.”

In the movie, Dora spends time away from her jungle home and tries to fit into a mainstream school, which initially doesn’t work out so well.

The school scenes were shot over six days during the September 2018 holidays.

Since acting in Dora and the Lost City of Gold, Tara has landed roles as an extra in Foxtel drama The End and the upcoming Godzilla vs. Kong.

Tara is studying a certificate III in screen and media at TAFE and has done short courses offered by the National Institute of Dramatic Arts.